Too Many Restaurants in Chicago’s CBD | Re Meter

Too Many Restaurants in Chicago’s CBD

Too Many Restaurants in Chicago’s CBD

After operating a restaurant for two decades, the owner of Bistrot Zinc said earlier this month that she had decided not to renew the lease at 1131 N. State Street.  Bistrot Zinc is not alone – Blue Frog 22, Roy’s, Emilio’s Tapas, Merlo on Maple, Rosebud, Bistro Voltaire, Yu Choy and many others all have closed locations in The Loop, River North, Gold Coast and Streeterville areas, over the last few years.

Some of the restaurants may have been a candidate for Gordon Ramsay’s “24 Hours to Hell & Back”, however many of these closings are actually due to a highly competitive restaurant industry, increased rents, high capital costs, shortage of qualified labor and the trend for large size establishments. 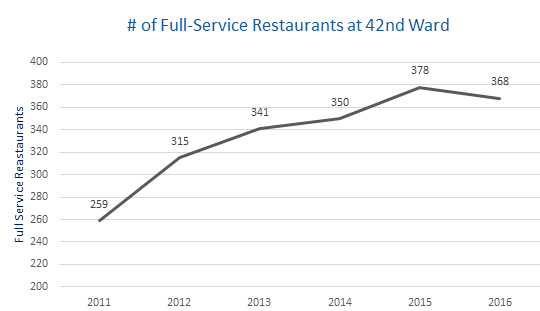 Many of these closings are due to oversaturation of full-service restaurant options.  (RE)Meter has found that, after four years’ continuous increase, the number of restaurants in the 42nd Ward which comprises The Loop, River North and parts of the gold coast of Chicago, peaked in 2015 and decreased in 2016- a 46% increase in the number of full service restaurants competing for revenues and operating profits!

In addition to restaurant closings, total market revenues, gross profits and EBITDAR have all contracted! EBITDAR, a measure of operating profit and rent affordability, stands for earnings before interest, income taxes, depreciation/ amortization and rent. 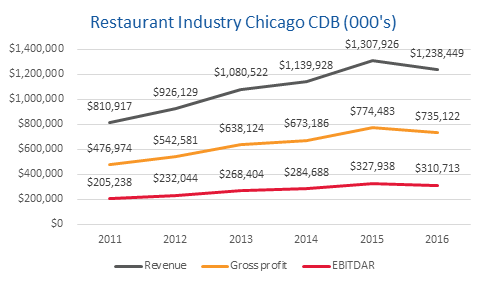 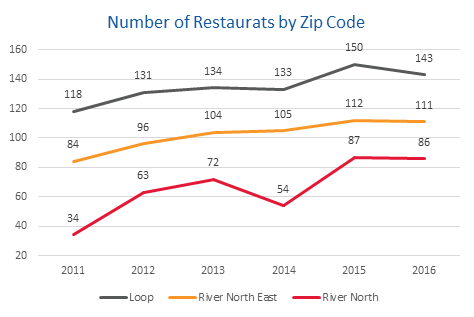 Landlord’s should be cautious leasing to full service restaurants and given the local industry’s economic health.   Alternative uses should be considered.